Is there integrity in qualitative research? 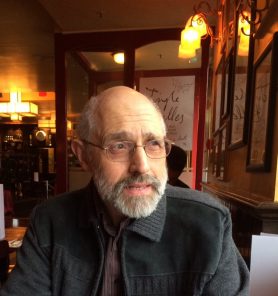 In recent years, the term ‘research integrity’ has gained considerable prominence. This has taken place against the background of a growth in ethical regulation; though, of course, the concept of integrity – in relation to research and other activities – is of older provenance. Furthermore, there is a conflict in interpretation here between a procedural and a phrónētic conception of integrity. I will adopt a phrónētic approach and focus on some of the values that should govern social scientific work. A distinction is required between external and intrinsic values, and my focus will be primarily on the latter: those values concerned with the goal of research. I will argue that there are fundamental challenges to the integrity of qualitative inquiry today in relation to these intrinsic values. One comes from widespread commitment to the idea that research should serve other goals – practical or political – besides, or instead of, the production of value-relevant knowledge. Another is a tendency in some quarters towards ethicism, by which I mean the idea that, first and foremost, research must exemplify ethical values, to the highest standard. Finally, there is the epistemological skepticism or constructionism that has led some qualitative researchers to deny that research is capable of producing knowledge, insisting instead that it can only offer an ‘interpretation’ of the world, one that must not be privileged over others. Indeed, the task is sometimes defined as amplifying the voices of those who have been marginalized. These three commitments are not only at odds with integrity but, in my view, through their broad influence they encourage poor quality research. In the ‘post-truth’ age in which we now seem to live, commitment on the part of qualitative researchers to epistemic integrity is surely essential. But I suggest that, for the reasons explained, it is often weak.

Seeking an integral approach to interviewing

Allowing for plurality in evaluative criteria for qualitative research

The father of experimental method (Galilei) was the first who did not follow the rules he set up for conducting experiments. As matter of fact, Galilei’s most relevant experiments never took place. Within history and philosophy of science, as well social studies of science perspectives, this is quite normal. From his born, methodology has always struggled between two conflict roles: a political one (or external) and a procedural one (or internal). The former helps the science to defend and legitimate its products. The latter role guides researchers during the whole process of knowledge, especially when they are in trouble. These two roles of methodology have often been separated and antithetical: Galilei, Newton, Einstein, Bohr and many others lied many times on some of their experiments, which never occurred. The history of hard sciences is a continuous, incessant and recursive display of this schizophrenic behaviour: stating strongly overt methodological rules and then secretly disrupting them because, for a number of “good” organisational reasons. For the same reasons, the rationalistic theoretical enterprise of setting up new ‘rules’ for improving the quality of qualitative research, could fail. Starting from a sociological analysis about why so many methodological rules do not work in practice, the paper aims outline a more sustainable qualitative methodology, based on the organisational constraints; a more practical and sociologically-and-organisationally oriented qualitative methodology. Even because, sometimes, ‘bad research can yield good evidence’ (Pawson 2006). The core idea is to invent an “ad hoc” methodology. Whether (following ethnomethodology) everyday-life practices are based on conventions, tacit agreements, ad hocing activities instead of rules and norms, there is no reason why methodology (being an everyday life activity), would be different. 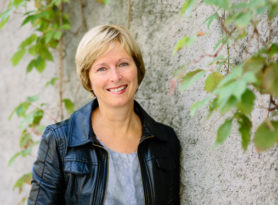 In this paper, I will examine the ethics of qualitative research. My point of departure is that the vulnerability of the researcher is a potential source for reflexivity in qualitative research. Literature on research ethics has tended to depict the research participants as potentially (very) vulnerable, hence the traditional focus has been on protecting them (Dickson-Swift et al. 2008). Furthermore, research ethics has tended to concentrate on the importance of the establishment of respect and trust between researcher and participant where consent and the right to withdraw from research at any time have been the cornerstones. However, the researcher’s vulnerability has been less thematised and contextualised within the field of research ethics. Taking as a starting point a case frommy long-term fieldwork on an acute unit in a mental health institution, I will show how the researcher’s position changes from what appeared to me as a safe relationship based on trust and mutuality with one patient. The patient had seemingly appreciated that I as a researcher was interested in his experiences with mental health care. I, on my side, was grateful since I developed new insights about being a patient with mental health problems in a mental health institution. The patient – in connection with a home visit where I was present – changed his attitude towards me starting to be provoked about my presence. I, of course, having ethical clearance, became insecure and confused (vulnerable). I was challenged regarding my reflexivity about my role as a researcher generally and about my relationship with this patient/research participant especially (self-observation; Brinkmann 2012). My main aim with this paper is to strengthen the awareness concerning ethically important aspects in the relationship between researcher and participants. I focus on the significance of researcher vulnerability and argue that self-observation and reflexivity is ethically important in order to become aware of, and to be able to reflect and act based on vulnerability.

Blazing the audit trail: Conceptualizing and assessing the auditability of grounded theory research in management

Iterative methods like grounded theory rely on several cycles of comparing empirical phenomena with theoretical inclinations until saturation is reached. The characteristic messiness of such iterative research can often make it difficult for the ‘customers’ (i.e. readers, reviewers, and editors) to audit the research procedures, i.e. to perceive and appreciate the chain of evidence, and the boundaries between various stages of the study. Unfortunately, unlike deductive studies, grounded theory suffers from less-well established reporting conventions for the final write-up, and there is less agreement regarding the structure, content, and format of auditability measures. As a first step in this direction, we examine the degree of sophistication and transparency of reporting in grounded theory i.e., the extent to which authors transparently account for research procedures so that reviewers, editors (‘intermediate customers’ of the article) and readers (‘end-customers’) are able to follow the whole research process. We then build on literature in auditing to propose a new perspective to facilitate the appreciation of iterative research procedures by these customers, and call it ‘second party auditability’. We recommend using this second-party auditability measures (aka. ‘audit trails’) to specifically investigate how often core grounded theory parameters, such as constant comparison, theoretical sampling, triangulation, analysis of negative cases, theoretical saturation (and several other aspects) are reported in top management journal grounded theory articles.

What are theory-heavy outliers and what are they good for?

Case study researchers lead difficult lives, in particular those using single cases. These are often challenged on grounds of generalizability and even internal validity. In addition, it is not clear what role theory is supposed to play in single cases. They are supposed to inductive, and yet they should be sampled theoretically, i.e. based on some theory. So how do you do this if there is supposed to be NO theory? Outliers provide a new pathway out of these dilemmas. Outliers are empirical phenomena which go against the received wisdom of cause-and-effect relationships. Their value for theory development in management remains contentious, though, and they are routinely (and often surreptitiously) swept under the proverbial carpet of model fit. I will be reporting recent results analyzing all articles published in five major journals over 20 years, where we found that less than five per cent of all articles published in that period mention outliers at all, and only five articles use them for theory building. Drawing on the methodological literature as well as concrete examples from our database, we provide a roadmap for rigorous theory building based on outliers by discussing which outliers are most promising theoretically and how this potential can best be used. We illustrate effective gains and losses of theory development from outliers in terms of exemplar articles: Outliers’ primary value resides in providing the starting point for theoretical progress, by extending theories’ purchase on empirical realities.

University of Amsterdam, The Netherlands 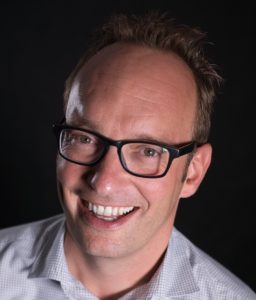 In teaching social research methods, integrity plays an important, but rather awkward role. As most teaching on research methods and techniques is on how to do proper research, this continuously involves scientific integrity. However, in many social research methods courses (as in books) integrity is discussed rather implicitly, or along with ethics only at the end of a course. In quantitative methods courses, students are trained in protocolled forms of research and their research decisions based on standardised approaches and rules. When this is followed by a qualitative research course, the leeway in methodological choices is often overwhelming. My experience while teaching qualitative methods courses is that students tend to typify this leeway and the “subjectivity” and reflexivity in qualitative research as unscientific. When ignoring this typification by solely focussing on the importance of reflexivity and on questions of ontology or epistemology, the simple conclusion that “anything goes in qualitative research” is lurking. Therefore, I suggest a teaching approach in which examples of transgression of integrity and fraud are extensively discussed in class in the context of a more fundamental discussion on realism, reflexivity and the crisis of representation. In this paper presentation, I will show how I use cases of fraudsters, in order to teach students on the slippery slope of reflexive methods, sloppy methods, and fraud.